They have been intense months in which we began to compose new music again.
We’ve created a great harmony in this new line-up, a lot of music has come from our playing together and we’re very excited.
Levre was immediately able to give a great boost to Ufomammut.
We’ve entered the studio in late June and we’ve just recorded our next album at Flat Scenario Studio, with Lorenzo Stecconi behind the desk.
It’s been a pleasure to work with our friend Rasta and with our longtime friend Luca, the owner of the studio.
We’re very excited of the results and we’re looking forward to have the new music mixed and mastered ready for You! 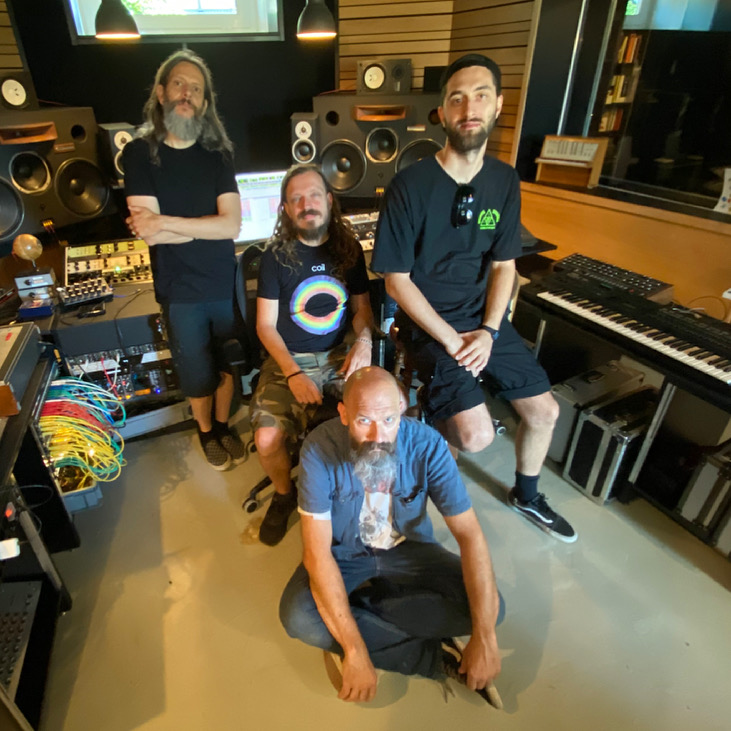 Ufomammut are back.
Levre is the new drummer of the band.

“After celebrating 20 years as a band, Ufomammut reached a point of no return.
As a result of an intense and difficult period, our paths divided.
At the beginning of January 2020 Vita left the band and Ufomammut announced that it was time to stop for an indefinite period of time.
Shortly thereafter, the whole world was overwhelmed by the pandemic, which would have profoundly changed our lives.
In this suspended time, we have had time to think, recover the lost energy and plan a new beginning.

Now we are ready.
It’s time to turn on the amps again”.